Leidos To Take Over Dynetics In A Deal Worth $1.65 Billion

Recently, defense contractor Leidos stated that it is obtaining Dynetics for $1.65 Billion since it looks for growth opportunities in hypersonics, autonomy, space solutions, and highly-developed sensors. Dynetics would become an entirely-owned unit of Virginia-based Leidos and will accelerate the company’s expansion in Alabama, where Dynetics is located. In the latest call with financiers, Leidos officials stated that Dynetics must add almost $1 Billion in yearly revenue in 2020 without irritating Leidos’ low rate of assets expenditures. Roger Krone, Leidos Chief Executive, and Chairman, asserted, “With Dynetics we are adding novel capabilities in higher-growth domains, generating opportunities to expand in attractive and complementary segments, counting hypersonics, space, and weapons solutions.”

Leidos anticipates the acquisition to close in the first quarter of the next year. Hypersonics and space solutions include around 25% of Dynetics’ proceeds. Kristina Hendrix, Dynetics Spokeswoman, stated that Dynetics—as a private firm—does not reveal its yearly revenue. Dynetics is developing the USA (Universal Stage Adapter) for NASA’s SLS (Space Launch System) and present structural requirement testing for ULA’s (United Launch Alliance) Vulcan rocket. Apparently, Dynetics is also providing the propulsion system to Astrobotics’ Peregrine lunar lander and is helping Maxar Technologies in developing the PPE (Power and Propulsion Element) for NASA’s Lunar Gateway space station.

On a similar note, lately, Leidos was in news for receiving FAA’s (Federal Aviation Administration) FFSP (Future Flight Services Program) agreement. Leidos was awarded a follow-on prime deal by the FAA to carry on serving the general aviation society under the FFSP agreement. Under this contract, Leidos would be helping the FAA to achieve its dream to makeover and modernize the delivery of flight briefing services by decreasing program expenditures, offering technology developments, and by joining hands with the broader aviation community. 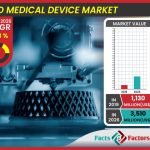