Zion Market Research (www.zionmarketresearch.com) has published a new report titled “Medical Nonwoven Disposables Market – By Product (Surgical Nonwoven and Incontinence Hygiene) and By Distribution Channel (Hospital Pharmacies, Retail Pharmacies, and Online): Global Industry Perspective, Comprehensive Analysis, and Forecast, 2018–2025.” According to the report, the global medical nonwoven disposables market was approximately USD 9.03 billion in 2018 and is expected to generate around USD 14.67 billion by 2025, at a CAGR of around 7.3% between 2019 and 2025.

Browse the full report at http://www.zionmarketresearch.com/

Nonwoven disposable products are an essential part of the healthcare field. Medical disposables made from nonwoven fabrics, which are gaining immense popularity due to their multiple advantages. Nonwoven medical disposables are an effective solution for sustaining hygienic conditions that help in averting infections and contaminations. Some important characteristics required in medical disposables are resilience, absorbency, elasticity, strength, and softness. Nonwoven medical disposable products are majorly used in surgeries. Technological innovations in the production of nonwovens, increasing awareness regarding prevention of hospital attained infections, advancements in healthcare services and infrastructure in developing regions, increasing health awareness, rising disposable income, increasing geriatric population worldwide, rising dementia cases, accelerating funding provided by governments of developing regions for continence care, and rising number of surgeries are driving the global medical nonwoven disposables market.Constant improvements in the healthcare set-up, innovationsrelated to nonwoven disposables, and initiatives taken by both private as well as government organizations to create awareness regarding incontinence products will generate additionalopportunities for the medical nonwoven disposables market globally.

North America will leadthe medical nonwoven disposables market globally over the forecast time period. It accounted for over 39% of this global market in 2018, due to the high awareness regarding nonwoven disposables usage, growing dementia cases, and the regional presence of major manufacturers. The U.S. will register the topmost CAGR in the region over the anticipated timeframe. 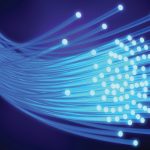